In May 2018, Yineth Rentería (a leader of an education social movement in Colombia –Todos por la Educación) and I (a PhD Candidate at London School of Economics and Political Science -LSE) launched a crowdfunding campaign to help cover some of the costs of a workshop we wanted to conduct in the town of Quibdó, Colombia. With the help from many people from the LSE and from Colombia, we managed to raise £360 that were used on lunches and materials for participants, some transport expenses, and some seed funds for projects that will continue in the city.

Our objective with the workshop was to share with local young leaders some of the research I’m doing at the LSE about social norms, collective action and behavioural change. We wanted to discuss with them some theories, tools and experiences that could be useful to change people’s behaviour in real-world settings. And also, we wanted to reflect about how this approach could be useful for Quibdó and its challenges, and to experiment with the design and implementation of an intervention based on those ideas and tools.

As you might know, Quibdó is one of the most vulnerable towns in Colombia. It has the highest poverty rate in the country (with 48% living below the poverty line). But Quibdó is also a magical and beautiful city, which is full of talented people that are working hard to change their everyday realities. Through this workshop, we hoped to contribute to developing the abilities and tools that local leaders have to engage their communities in meaningful change initiatives. This, we believe, can have a big impact on the city. 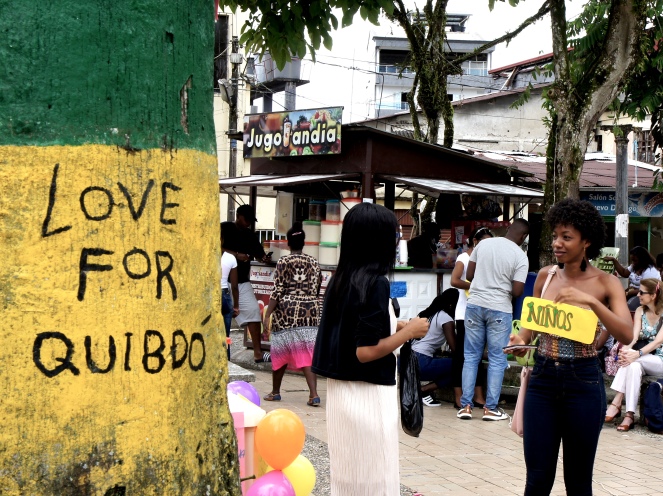 A September weekend in Quibdó

Twenty-two local young leaders were chosen to take part in the workshop. They were all residents of Quibdó, students or recent graduates from the local university, and most were 23 years old or younger. They all have experience in collective action processes in their communities, and they share a strong passion for generating positive transformations in the city.

The workshop started on a cloudy Saturday morning in the auditorium of a local university. Activities that day lasted until 5.30 PM, and then on Sunday from 10 AM to 1 PM, and included:

Yineth, local education leader and Zulia Mena, a former member of parliament, Mayor of Quibdó and Vice-Minister of Colombia, speaking about their experiences of change 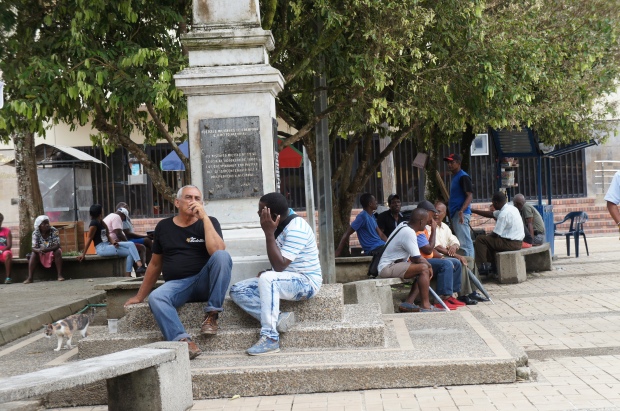 The main plaza of Quibdó

Participants argued that life in the city would improve if these diverse strangers trusted more and were less aggressive with each other. We hypothesized that a first step could be to make those strangers talk between them and share a little bit of information about themselves with others. This could make them realize that the strangers they see every day in that plaza are people with valuable ideas and similar hopes and dreams as themselves.

After discussing some of Quibdó’s problems and opportunities, participants chose to work on how strangers tended to distrust, avoid contact and even be aggressive with each other in public places 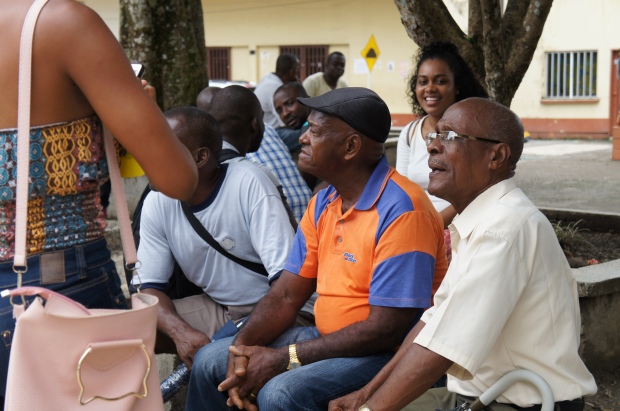 Equipped with pencils, papers, questions, and subcams we explored some of the local determinants of behaviour 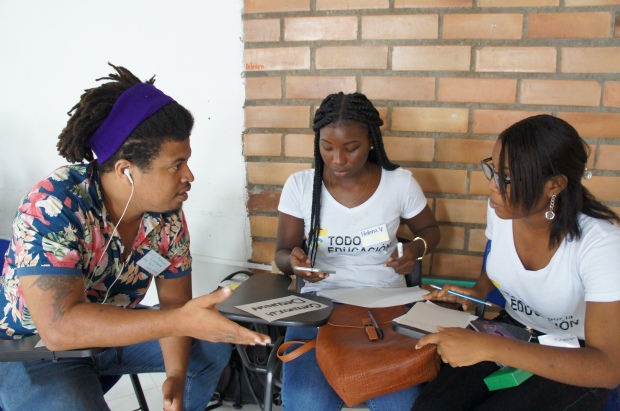 Using this information, an intervention was designed to tackle the problem in the main plaza of Quibdó 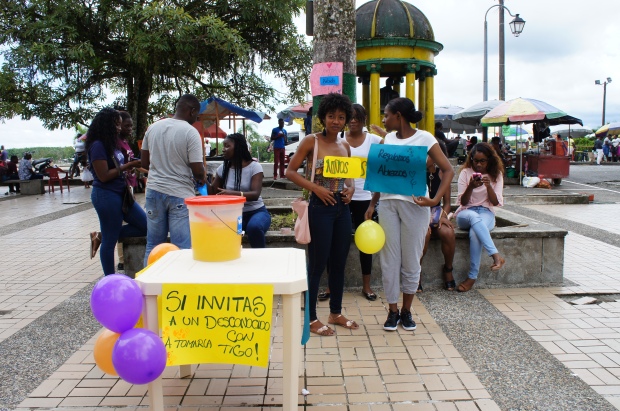 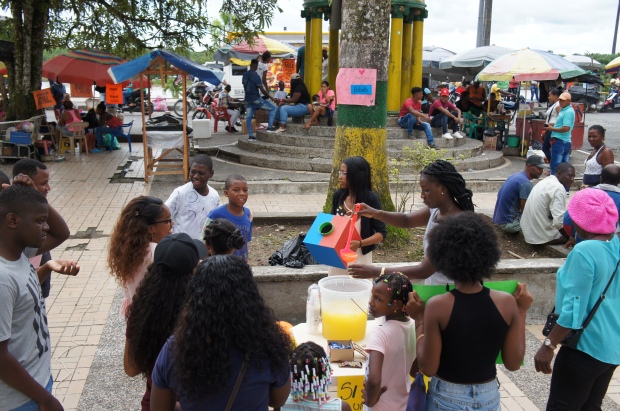 The intervention involved around 80 of the city’s inhabitants, who chatted with strangers while drinking local natural fruit juice

It’s always difficult to assess the impact of a workshop on people’s lives. For now, we can report that 100% of the participants thought that the workshop provided tools they will use frequently in their work and that according to their comments we were able to create a space for reflection, for learning useful tools, and for experimenting with their use in their local context: “this workshop was very important because we learned how we can transform our communities”, said one of the participants. Tools and reflections that hopefully will be used by them again.

We can also report that we helped to create new connections and networks between the young leaders that took part in the workshop, including a group chat in which they regularly share problems, opportunities and local change initiatives. And finally, a group of these young leaders that has since formed alliances with local organizations and authorities, are developing with us a proposal to use the small seed funds we have to conduct 4 similar interventions in a marginal area of the city.

We know these are small steps, but we also know that we tested an activity that seems to be useful, and that small steps can sometimes make a huge difference. After all, who would have imagined that a shy 18-year old me that once attended a modest social-norm intervention in his Colombian hometown, would become so passionate as to dedicate his life and do a PhD about them?

To all those who contributed with their ideas, money and time, a big thank you! We wouldn’t have been able to do it without your help. To them and everyone else, we would love to know about any ideas, questions, comments, criticisms, or related experiences.

Here a small video about the wonderful weekend we had:

What’s next for Colombia? Challenges and local experiences to build public integrity (or how public servants are people too)